Jeff Bloodworth is a professor of history & Director of the School of Public Service & Global Affairs at Gannon University (Erie, PA). A political historian who works on the history of contemporary American liberalism and genocide studies, he has is midway through a biography of Speaker Carl Albert, who presided as Majority Leader during the Great Society and as Speaker during Watergate. 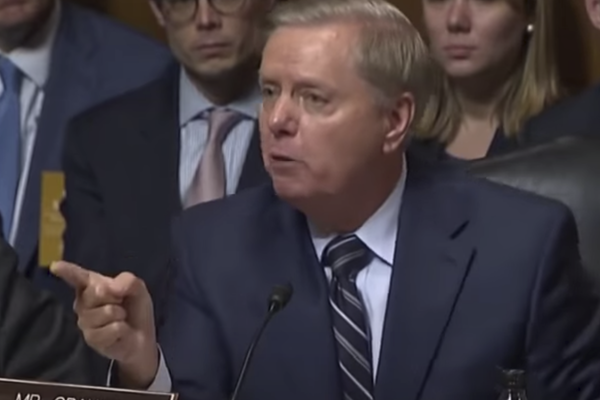 The first cut is always the hardest. In May, my wife convinced me to “hard prune” our grape vines. Stretching across a backyard pergola, our dense concord grape vines provided respite on muggy summer evenings. From afar, the sumptuous greenery provided a green oasis of cool comfort. On closer inspection, the frowzy, unkempt creeping plant was riddled with weak shoots, diseased leaves, and deadwood. Despite its sickness, the vine had so encased the entire area it had effectively choked-out any would be competitors. The recommended remedy for the overrun, unhealthy vine called for a hard, heavy prune down to its root. Worried that such extreme measures would kill the vine, I resisted. Hours of spousal cajoling finally convinced me to shear, snip, and slice it to seeming annihilation. Standing ankle deep in grape vine carcass, I hoped the hard prune would catalyze rejuvenation and renewal. Summer sun and time would give me that answer. In the meantime, I discovered a metaphor.

Try as we might to forget, humans are part of the natural world. We mimic its cycles. Indeed, the richest springs of our creativity almost always follow a deep winter of desolation. Rejuvenation, renewal, and rebirth are only made possible by the hard, heavy prunes wrought by the valleys of despair. Likewise, America is currently enduring a collective gorge of anguish. The Trump administration’s inept response to COVID-19 has only been outdone by the president’s malevolent disregard for public health in his pronouncements regarding his own battle with the virus. The revolting scene of the COVID-stricken president insisting upon motorcade to wave to his adoring “fans” and his B-grade movie salute and soliloquy upon returning to the White House from Walter Reed demonstrates his moral rot. But the president’s moral bankruptcy is not his alone. Most every elected Republican has remained mute as the president’s gnarl of corruption and ineptitude has incased the GOP in the vines of Trumpist corruption.

The Trump campaign and the early years of his presidential term produced reckless policy, the Muslim ban, and audacious half-truths, inaugural crowds. Noxious and demagogic, the collateral damage of such actions were, nevertheless, minimal. The final two years of Trump’s term, however, have resulted in near-treasonous behavior, the Trump-Ukraine Scandal, and a ho-hum federal posture to a global pandemic that has killed 210,000 Americans (and counting). The latter has left the nation reeling from economic collapse, social chaos, and freefall of national prestige. In the face of these colossal hazards, an occasional finger wag and a behind-the-scenes grumble is the GOP’s lilliputian response. Fearing electoral retribution from the president’s “base,” they quiver and cower. This party-over-country stance reveals a GOP in need of fundamental transformation. For this to occur, the Republican Party requires, nay begs for, a hard prune.

Hardly unprecedented in our national political life, majority political parties periodically require massive electoral interventions. Born from the intersection of momentous events and charismatic personalities, realigning elections spawn a majority party that exercises control throughout a political era. Eventually, every majority party reaches an intellectual and political cul-de-sac. From the Revolution of 1800 and the Jacksonian Revolt of 1828 to FDR’s 1932 landslide, realigning elections periodically emerge. These moments materialize because cataclysmic events demonstrate the failure of reigning political paradigms and majority parties.

By 1980, for instance, the big government and foreign policy answers to the challenges of the 1930s and 1940s had ceased to be coherent or compelling. Relying upon the political answers to events half-a-century old, liberals and liberalism had grown stale and hackneyed. In 1980, a bow tie-wearing, liberal New York senator, Daniel Patrick Moynihan, admitted the GOP had become “of a sudden, the party of ideas.” Sharpened by their six decade-long wilderness years and keen for power, conservatives had engaged in intellectual ferment to produce serious ideas and policies that, politically at least, met the challenges of their era. Taking the White House for a generation and flipping the Senate (in 1980) and the House (in 1994), Republicans ruled the era.

But much like their New Deal predecessors, old conservative shibboleths of small government, tax cuts, and law-and-order politics have ceased to respond to the exigencies of our era. Global pandemics, gaping inequalities, and climate change involves a collectivist, not individualist, response. Politically exhausted and bankrupt of ideas, the zombie-Reagan coalition turned to Donald Trump in 2016. The lifelong Democrat possessed zero core convictions and a personal life antithetical to evangelical and conservative principles. Executing a hostile takeover of a political party, conservative elites followed Trump’s lead and embraced immigration, spending, and foreign policies that were an anathema to Republican doctrines. Proving the truism that “political parties start as movements, then become businesses, and inevitably end up as scams,” formerly respected statesmen (see: Graham, Lindsey) became little no more than grifters and hangers-on. COVID-19 merely revealed what had already become all too obvious. In four years, the president has humiliated a once proud party and political philosophy, eradicated democratic norms and notions of civility, and brought the nation to the brink.

To paraphrase Moynihan, “of a sudden the Republicans had become the party of Trump.” The nightmare that was the first presidential debate and the COVID-positive president’s reckless endangerment of his staff and country demonstrates the utter necessity of a hard prune for the GOP. A healthy democracy needs a vibrant center-right party. At certain junctures, the right’s emphasis upon the individual, order, and the private sector are wise and proper policies. But the Trump regime has made an utter wreck of Republican principles. Proverbs tells us that “iron sharpens iron so one human sharpens another.” In politics, as in life, humans require healthy, vibrant relationships and institutions as a means to develop into our best selves. A robust democracy needs a vibrant center-right political party. Like my grape vine, the GOP’s only avenue towards the rebirth, restoration, and rejuvenation is a heavy, hard prune.

Hard pruning tests your faith. Slashing, hacking, and lacerating vines to the root creates a mess and fear that you annihilated the very thing you had hoped to repair. Alas, when parties or plants go feral, it is the only path. In October, four months after the deed, I can happily report that this tactic has catalyzed my grape vine’s rebirth. The hard prune has enabled a resurrection. In much the same way, for those seeking a responsible center-right political alternative, the only path to restoration is a repudiation of the president up-and-down the ballot. Vote Biden, write-in Reagan, Eisenhower, Hoover, or Alexander Hamilton, for that matter. But reject every Republican who has followed the president’s demagogic lead on COVID, race, and disinformation. The fate of our very Republic (and a healthy center-right conservative alternative) hangs in the balance.