Tony Fels is professor emeritus of history at the University of San Francisco and the author of Switching Sides: How a Generation of Historians Lost Sympathy for the Victims of the Salem Witch Hunt (Johns Hopkins University Press, 2018). He now lives in Philadelphia. 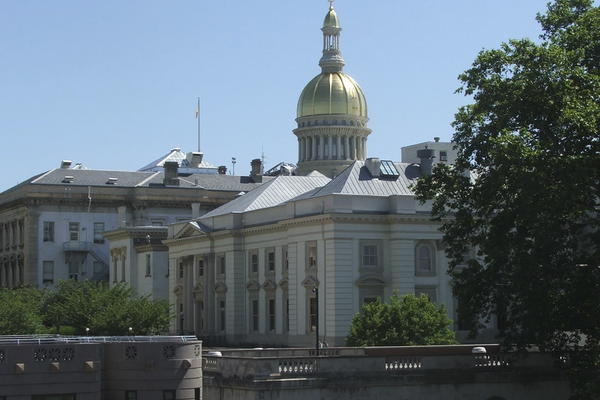 I grant there is no compelling reason for New Jersey’s counties to retain the traditional term “chosen freeholders” as the name for their elected officials. In a bill signed into law by Governor Phil Murphy on August 21, the title of these lawmakers will become “county commissioners” at the beginning of 2021. The new term certainly conveys better than “chosen freeholder” what these elected representatives do.

But there is little basis for tying the older term to the history of slavery or racial prejudice, as many of New Jersey’s political leaders have done. Governor Murphy, for example, lent his support to the legislation by tweeting, “let us tear down words born from racism”. State Senate President Stephen Sweeney (D., Gloucester) claimed the title “is mired in the language of slavery”. And Felicia Hopson, Director of Burlington County’s Board of Freeholders, linked retiring the term to the goal of “[c]ontinuing our work to end systemic racism…by eliminating an antiquated title from an era when slavery and racism [were] tolerated…”.

The term “freeholder,” first brought to the American colonies from England in the early seventeenth century, meant only a person who owned land (or other property) free of debt. The holding did not have to be a particularly large estate; by the mid-eighteenth century farms as small as half an acre were likely adequate to qualify. The idea was that such people, by virtue of their property ownership, would have the economic independence to be free from the influence of more powerful figures and could therefore be trusted with the vote. The “chosen freeholders” were simply the people selected by the freeholders at large to make the administrative decisions for a county until the next election came around.

The freeholders had a profoundly positive effect on the early development of liberal democracy, and nowhere more so than in New Jersey. A remarkable document, “The Concessions and Agreements of the Proprietors, Freeholders and Inhabitants of the Province of West Jersey in America” (1677), for example, established for the new settlements around Burlington the principle of rule by consent of the governed. Signed by 150 individuals, this early constitution contained a bill of rights, guaranteed religious liberty, and proclaimed it had “put the power in the people.” On its basis, the province’s first representative assembly, elected by the freeholders, convened at Burlington in 1681. Two other elected assemblies had begun even earlier in East Jersey. Once East and West Jersey came together to form the Crown colony of New Jersey in 1702, the freeholders continued to stand up for their rights against the royal governor and his council all the way until the American Revolution.

Who were the freeholders? Certainly, nearly all were men. And because Europeans had founded the colonies, the freeholders were overwhelmingly white. By the mid-1700s, Black Africans comprised about 7% of New Jersey’s population, the great majority of whom were enslaved, including by some of the freeholders.

But another unique feature of New Jersey’s history points to a way in which the ideal of freeholder democracy challenged even these limitations. New Jersey holds the distinction of being the only state, just after the start of the American Revolution, to have allowed both some white women (single and with a certain amount of property) and some Black men and women (those who were free, owned property, and, if female, unmarried) to vote. This unusual development in the history of American suffrage, which lasted for about thirty years, began without fanfare, indeed without any special notice at all – which in turn suggests that single, propertied women, both free Black and white, and free Black men of property had likely joined the ranks of the freeholders for some stretch of years prior to the Revolution.

The world of the colonial period was not the same as ours today. Their world was one based on a principle of social hierarchy that remained largely unquestioned. Racial distinctions, at least in the northern colonies, did not lie at the center of this social system. A sizable minority -- including the wealthy and the middle-class freeholders – occupied positions of independence. Beneath them stood a number of dependent classes: married women, tenant farmers, wage workers, servants, slaves, and the poor. And just as today we cherish the principle of freedom from arbitrary arrest (what came to be known as habeas corpus) that a group of English lords, who probably cared little about anyone other than themselves, won from their king back in 1215 with the Magna Carta, we can similarly pay tribute to the significant, if still limited, gains the freeholders of New Jersey made toward the expansion of popular participation in government.