Coronavirus Exposed the Contradictions Behind the Curtain. Will Americans Pay No Attention?

Walter L. Hixson is the author of several books and articles on U.S. foreign policy and is a columnist for the Washington Report on Middle East Affairs. Hixson has taught history at the university level for 38 years and is currently distinguished professor of history at the University of Akron. 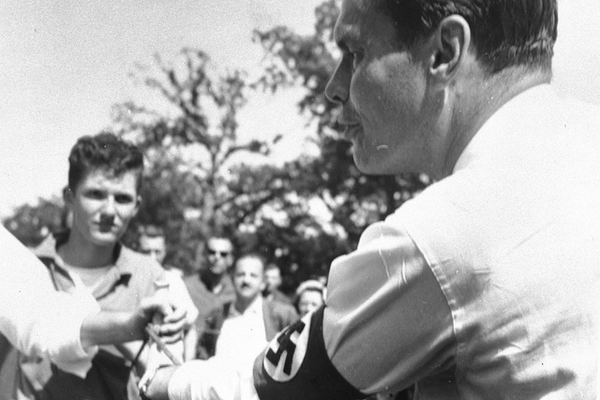 Historians study the past in its own right, but also to better understand the present and even to anticipate the future.

The coronavirus crisis has illuminated historically rooted contradictions in American life whose implications are beyond profound. The virus is not the cause of the deep-seated economic, political, and social crisis that now imperils the American nation. Rather, it has acted as an accelerant and a powerful illuminator.

Efforts to mitigate the virus, to be sure, have taken a wrecking ball to the American economy but, President Donald Trump’s boasts notwithstanding, the economy was already teetering despite the apparent boom that preceded the virus. Economically, the United States has become a plutocracy. The unprecedented maldistribution of wealth and equally unprecedented public and private indebtedness promised eventual economic turmoil, a bursting of the bubble. The only question was when it would arrive. The virus has now answered that question. The odds are great that recovery, again contra Trump, will not come quickly.

Turning to politics, the presidential election in 2020 is nothing less than the most important in American history since 1860 and it, too, could have earth-shaking consequences. A Trump reelection will not only affirm the plutocracy and accelerate horrendous environmental degradation as well as militarization of the planet, it will moreover signal the failure of American democracy.

Americans have enthusiastically elected and reelected flag-draped populist reactionaries before—Andrew Jackson and Ronald Reagan are the two best examples—but the stakes have never been greater than they are today. Unanticipated and quirky developments in history happen all the time, and perhaps the 2016 election will be seen as such, but the reelection of such a palpably reckless narcissistic demagogue as Trump will lay bare that the United States is a deeply dysfunctional democracy with an electorate too uneducated and too politically immature to make choices remotely coincident with the challenges that we face. The anti-science response to climate change and now to the virus are the two most significant of many examples one could cite of the devastating consequences of ignorance.

The United States retains substantial social strength and sources of cohesion—neighborliness, decency, generosity, and national patriotism—but it also nurtures, and always has nurtured, a deeply reactionary strain. There is no denying that a virulent white supremacy lies at the center of the Trump phenomenon. Anyone who seriously studies American history should grasp that these reemergent racist, reactionary elements—the same forces that ensured the persistence of slavery well after other countries had abandoned it, that produced an enduring apartheid state, and that buttressed a persistently imperial foreign policy—remain powerfully ensconced in our body politic.

History thus helps illuminate the present crisis, but what can be done about it? Bernie Sanders had an answer: democratic socialism. The virus has powerfully illuminated the weaknesses of our economic and political system that democratic socialism--or whatever you want to call it--could address through a more equitable distribution of wealth and social welfare, science-based national health care, a coherent public health response to the pandemic, environmental protection and emission controls, arms control (rather than escalation) in concert with a more cooperative internationalism that replaces solicitude for reactionary regimes.

Liberal centrists grapple with these issues around the edges rather than attacking them head on, hence they do not inspire and they do not deliver meaningful change. Joe Biden, Nancy Pelosi and many others, albeit sometimes well intentioned, have proven better at accruing personal wealth than effecting meaningful political change.

The aversion to democratic socialism is equally rooted in American history. It is a consequence of decades of global cold war and the suppression of the American political left that went along with it. This is a critical story that some historians have grasped, yet overall it has been woefully under-analyzed and under-appreciated. The left remains suppressed but it, too, is trying to reemerge, as popular support for Sanders in his two campaigns has shown. If liberal centrism, kept afloat by Obama, continues to founder under his would-be successors, the choice may be between socialism or an American variant of fascism that Trump so well personifies.

It is not altogether clear what choice the American public would make.