The COVID Crisis is Accelerating a Global Shift to Authoritarianism (In America, Too)

Luke Reader is a SAGES Teaching Fellow in the history department at Case Western Reserve University. He is writing a book about Brexit and popular culture. Luke Reader is on twitter @WritesReader. 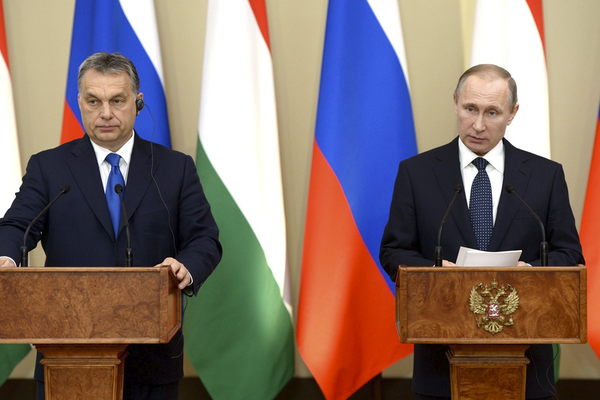 I’ve spent the past few semesters teaching seminars on democracy, populism, and authoritarianism. It is not an exaggeration to say that the coronavirus pandemic represents a fresh challenge to democracy, not just in the United States, but across the world.

Events of recent years – Brexit, the election of President Trump, and the rise of nativist, populist movements in countries as diverse as Hungary, Turkey, and Brazil – had already led experts like Tim Snyder and Yascha Mounk to warn that the norms upholding liberal democracy are globally at risk.

There are some similarities between modern-day authoritarian movements and their 20th century predecessors. They frequently promote illiberal us vs. them sentiments that champion an idealized citizenry, engage in ‘blood and soil’ nationalism, assert a racial or religious identity, engage in post-truth politics, and reject expertise. But contemporary authoritarianism prefers majoritarian democracy to totalitarianism. As Ece Temelkuran shows in her book How to Lose a Country (2019), this is because authoritarian leaders want the imprimatur of popular support for their plans to reshape institutions like courts, bureaucracies, parliaments, and the media.

The rise of authoritarianism has shown that liberal democracy is not as robust as its adherents once thought. In How Democracy Ends (2018), David Runciman, professor of politics and history at Cambridge University, argues that the democratic institutions of many countries are no longer fit for purpose. Anger at economic inequality, neglect, and continued rhetoric about the supposed inadequacy of government, have left the structures upholding liberal democracy vulnerable to attack.

The coronavirus has accentuated this sense of fragility. Authoritarian leaders have seized the opportunity presented by the pandemic. The Chinese government has extended further the reach of its surveillance state. Vladimir Putin has used the pandemic as cover for his push to amend the Russian constitution and maintain his hold on power. In Israel, embattled prime minister Benjamin Netanyahu used the pandemic to shut down the courts and close parliament, maintaining his hold on power and delaying his looming trial for corruption. In Hungary, recently passed legislation granted prime minister Viktor Orban near absolute power. The Brazilian president Jair Bolsonaro recently joined protests urging a military coup, continuing attacks on the nation's courts and legislature he views as obstructions.

The lessons from these nations are germane for the United States.

Demands by the Trump administration for emergency powers to fight the pandemic, such as greater restrictions on border-crossings, immigration, and asylum claims, and requests by the Department of Justice for the right to detain people without trial or to suspend court proceedings in the event of a national crisis, have led to disquiet. In a recent podcast, Sarah Churchwell, professor of public humanities at the School of Advanced Study in London and the author of Behold America(2018), an intellectual history of America First, urged caution before granting emergency powers to an administration determined to hang onto power through the invocation of a wartime presidency.

Donald Trump has never hidden his authoritarian intentions. Indeed, the coronavirus seems to have amplified these tendencies. From the start, his administration sought to connect the pandemic to the wider interests of the White House. This process has played out in two different ways.

The narrative of the Trump presidency – the idea that it is under constant assault by the so-called deep-state – continues unabated. Initially, Trump claimed the coronavirus was a hoax designed to imperil an economy whose success he claims as his own and to sabotage his November re-election. Fear of fifth-columnists has guided decision-making. There has been a tendency to ignore expertise unless it reflects White House opinion. The federal government has not offered a unified response to the crisis. Task forces are mostly staffed by unqualified cronies. Nor is there a clear chain-of-command. The president speaks proudly of leading by gut-instinct, claiming he knows better than on-the-spot officials what different states and localities need.

But the coronavirus also gives the administration a chance to deepen the us vs. them narrative that characterizes the Trump presidency. The White House has continued its nativist culture-war policies, branding COVID-19 the ‘Chinese virus,’ and suggesting the pandemic is mostly a problem for urban centers and Democratic states. Daily press conferences offer the president a national platform for campaign boosterism and ritual denunciations of media opponents. States have had to compete with each other and the federal government for scarce ventilators and personal protective equipment like face-masks, goggles, and respirators.

Public opinion about the response to COVID-19 is beginning to reflect partisan divides. According to Pew Research, while most people support social distancing, 85% of Republicans believe the president had handled the crisis well; only 12% of Democrats think the same. Just 52% of Republicans consider coronavirus a major threat to public health, compared with nearly 80% of Democrats.

So does the handling of the coronavirus mark a failure of government policy? It depends what the administration wanted from the crisis. What appears a public health fiasco also resembles patterns of autocratic behavior seen across the globe long before the pandemic began: dismissal of expertise; railing against supposed enemies; and the exploitation of crisis to pursue self-interested goals.

Recent demonstrations against governors enforcing stay-at-home orders reflect these authoritarian patterns. This is not just because some protestors bear arms, wave Confederate flags and other white supremacist symbols, or carry presidential campaign banners. Supporters of the president fear the economic damage caused by the pandemic will undermine his 2020 reelection campaign. ‘Astroturfing’ by wealthy far-right activists, openly supported by Donald Trump and Fox News, is trying to create the illusion that there is popular support for overriding the advice of experts and reopening the economy, even if it sacrifices lives in the process.

Accelerating division is the point. If the pandemic has revealed America as a ‘failed state,’ as George Packer contends in the Atlantic, we only appear to be a failed state for some.