It’s Déjà vu All Over Again: Authoritarian Regimes Are Back

by Jonathan Adelman and Joseph Szyliowicz

Jonathan Adelman and Joseph Szyliowicz are professors at the Josef Korbel School of International Studies at the University of Denver. 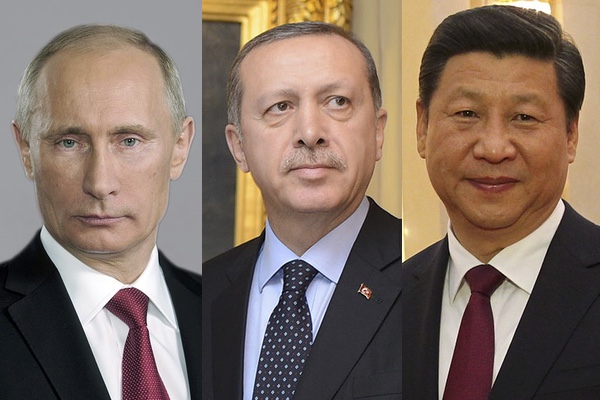 For over a century victories by the democratic powers in World War I, World War II and the Cold War created hope that a global, liberal democratic order would replace the authoritarian empires who had long ruled the world. Yet, these hopes have been dashed with the rise of new authoritarian states.

World War I led to the dissolution of the Russian, Ottoman and Austro-Hungarian Empires. Out of their ashes emerged fascists such as Mussolini, Franco and Hitler and new, authoritarian states in Iran, most of Eastern Europe and the Soviet Union.

The defeat of fascism in World War II raised new hopes, but only two of the 140 newly independent states, India and Israel, developed long-term secular democratic systems. The end of the Cold War, with the dissolution of the Soviet Union and its Eastern European satellites, ended the Communist threat and led to the creation of many more democratic states.

However, Freedom House has found that authoritarianism, not democracy, has been increasing for the past nine years. The rising states are Russia, China, Iran and Turkey, which share glorious imperial and authoritarian features.

Russia and China move to regain territory from their imperial past.  Prime Minister Tayyip Erdogan speaks longingly of the glories of the Ottoman Empire while the chief adviser to the Grand Ayatollah Khameini recently said that Iran seeks to resurrect the Persian Empire -- with its headquarters in Baghdad!

Domestic similarities, led by religious revivalism, are even stronger. In Russia Vladimir Putin has promoted the role of the Russian Orthodox Church, which conferred sainthood on the last tsar, Nicholas II.  In China the state has strongly pushed traditional neo-Confucianism.  In Iran the Grand Ayatollah Khameini is the supreme arbiter.  In Turkey Prime Minister Erdogan continually emphasizes his dedication to Islam and championship of the Muslim Brotherhood.

Political authoritarianism and conservative nationalism are also rife. All have jailed their opponents and established their control over all forms of the media and the courts. Ethnic minorities, such as Kurds, Uyghurs, Tibetans and Chechens, are repressed. However, unlike the old dictatorships, the level of political repression is less violent.

The rulers enjoy strong popular support, especially from the dominant ethnic group and rural and small town peoples. Putin has maintained over 80 percent popularity. Erdogan led his party to victory in seven successive elections (though his party suffered setbacks in the most recent election). The Chinese government, with its “Chinese Dream” campaign and economic development, would score highly as well. So too would the Grand Ayatollah with his dream of the ultimate global triumph of Shiite Islam.

Economically, they are relatively poor compared to the advanced Western countries. These states possess modest capitalist features as they own vast public enterprises which are run to gain and reward political support.  A small elite has gained enormous influence and riches. All suffer from extensive corruption and bribery.

Finally, all have suffered from significant emigration. Iran has lost four to five million well-educated people in several decades. Russia has also lost several million better-educated emigres. Only small numbers of Turkey's non-Muslim minorities remain while a recent survey in China found that many of its wealthiest people would like to leave the country.

All see the West, and especially the United States, as the enemy and seek to damage Western interests.  The dilemma is obvious as the US also seeks to cooperate with Iran in the nuclear arena, Turkey in regards to ISIS, China in trade and climate change, and Russia in regards to Syria and Iraq.

So after three global wars, we have returned to where we started. Rather than a world dominated by Western democratic values, the key rising powers are authoritarian regimes eager to redeem themselves and create a new international environment. The challenge to the US and the West is how to reverse this trend.

If history is any guide, this will be a difficult task, especially given the contemporary American political scene and weakness of the EU.  Let us hope the future does not replicate the past.